Natalie performs Eddie Vedder’s “Without You” on her new album Mother, coming May 7. Preview the track here!

“The Dixie Chicks spitfire showed off her solo foray with Ben Harper at sizzling showcase.” Click here to read more from the OC Register’s recap of Natalie’s debut solo performance at Troubadour last night in LA.

Go in the studio with Natalie Maines and Ben Harper in this new video piece as they record her album Mother, coming May 7.

You can also pre-order Mother now on Amazon.com and Barnes & Noble.com 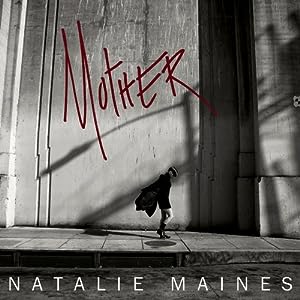 Fans have been waiting patiently for new music from the always provocative, multi-platinum, Grammy-Award winning, Natalie Maines. And now, after much anticipation, Natalie confirmed today that she will release her debut solo album, MOTHER on May 7 through Columbia Records.

On MOTHER, people will hear a new direction from Natalie. Heavily influenced by the more rock-based, edgy and intense sound of title track, and Pink Floyd cover, “Mother,” Maines teamed up with friend and Grammy-winning singer, songwriter, and guitar wizard Ben Harper, who co-produced the record with Maines in his studio.

“I wanted this music to be very different from the Dixie Chicks,” she says. “Lots of albums by lead singers might just as well have been made by the band, but I think this is very different from anything the Chicks could make. That separation and distinction was important.”

As a member of the Dixie Chicks—the best-selling female group of all time—she has sold over 30 million albums and won 13 Grammy awards. But the ten songs on MOTHER reveal different sides of one of the most acclaimed voices of our time.

One of the initial songs they tackled was the soaring, tortured ballad from Pink Floyd’s The Wall that ultimately gave this album its title. The result is a cover, which NPR’s Ann Powers has described as “a tender acknowledgment of how fear can entrap all of us, even when we want to do nothing but love.”

“Mother” was initially released on West of Memphis: Voices for Justice, the soundtrack to the documentary West of Memphis, a film which chronicles the story of the three wrongly-imprisoned Arkansas teenagers known as the West Memphis Three whose cause Maines has tirelessly championed in recent years. The song “Free Life” is also included on the album because of its connection to the case; Natalie performed the song at a rally when the young men were still in prison, and it became a favorite of the wife of Damien Echols, one of the WM3. “Free Life” was written by Dixie Chicks collaborator and Grammy-Award winner Dan Wilson.

As different as this new music is from her Dixie Chicks roots, the songwriting credits on “Come Cryin’ to Me” reveal that even her fellow Dixie Chicks Martie Maguire and Emily Robison still kept a hand in the new project. “That was a song we decided was too rock for Taking the Long Way,” Maines explains, “but it really felt right to have a piece of them on here.”

All of the album’s 10 songs were selected because of personal connections to Natalie. Jeff Buckley’s “Lover You Should Have Come Over” was a reminder for Maines of the early days in relationship with her husband, actor Adrian Pasdar. She discovered “Without You” on her friend Eddie Vedder’s ukulele album and heard a groove that she thought might fit.

What started out as a fun session with friend Ben Harper, quickly developed into the solo debut from one of our generation’s most coveted voices. And while this does not mean the end for The Dixie Chicks (the group has some Canadian dates booked this summer), Natalie Maines is committed to MOTHER and excited to share it with her fans. “I want to put all my efforts toward this album. I feel completely dedicated to it, and I want to give it everything I can.” Hear Natalie perform Pink Floyd’s “Mother” now on npr.org. The track is featured in the West Of Memphis documentary and is also included on her upcoming album of the same name.

You can purchase the West of Memphis: Voices For Justice soundtrack now at Amazon.com.